Send us a message and let us know your thoughts! 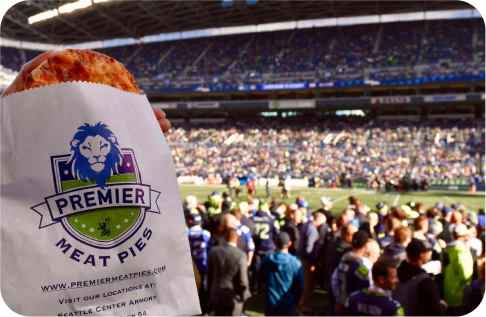 Meat pies are often considered to be a staple of British cuisine, but anyone who’s had one knows that the warming flavors inside are universal. It was with this idea the Bainbridge family decided to open Premier Meat Pies. We’ve created our own recipes for classics like shepherd’s pie and sausage rolls. But we’ve also introduced some new combos, including curried lamb and hatch chile with chicken. The next time you’re near the Space Needle, the waterfront, or you’re simply craving something hearty and delicious, we’ll show why a pint and pie is becoming a tradition of its

People Love Us on Yelp!